Brought to you by

What's Your Home Worth?

Find out how much your home is worth in today's market. Get a free market analysis of your home!

What's My Marlboro Home Worth?

Discover! Home Buyers: How To Make Well Informed Decisions When Buying a Home

Thanks for subscribing! Please check your email for further instructions.

Our team at Homesin.com are highly skilled at helping buyers in Marlboro find the newest and most relevant properties on the market. Regardless if you are in the market for renting or buying, condos or luxury real estate, you'll find the most successful team in Marlboro ready to assist you with all of your real estate needs.

Search for townhouses, single-family homes or even properties in specific neighborhoods and much more using the homesin.com custom search options. Whatever it is you need from a property in Marlboro, you'll find it using our homesin.com resources.

As an added bonus, the Homesin.com website provides easy to access school information, neighborhood statistics and much more. We are proud to offer everything you'll need through our website but the house keys!

Named after the marl beds in the area, Marlboro is a township in Monmouth County of New Jersey. Lenni Lenape Native Americans were its original inhabitants residing in what is today Wickatunk and Crawford's Corner sections of the township. The initial European proprietors of the area acquired the land from their leader 'Sakamaker". After initial contact with European populations, the native population sharply declined following the introduction of diseases they lacked immunity from. Marlboro was established as a town in 1848 from portions of Freehold Township. It was mostly rural and consisted mostly of farms and hamlets with taverns and inns. Before the Second World War, Marlboro was the nation's largest supplier of potatoes, tomatoes, and eggs and the egg farms were to significantly expand to accommodate the expansive military demand that came from the war. This improved infrastructure and Marlboro significantly grew all through the 50s and 60s. In the 70s, Marlboro grew as a suburb for people working in New York and nearby large corporations.

With a rich concentration of historically significant sites, parks, and summer outdoor concerts, Marlboro is never short of interests to attend. Indoor concerts in its recreation center ensure all-year-round entertainment. Fossil collection, bow hunting, summer camps, and festivals ensure the whole family enjoys the community ambience and who wouldn't want that for their family?

Here are some events going on!

Buying, selling, renting or in need of property management solutions around the country, your first step is to contact Homesin.com We'll be able to help you find a perfect property to buy, share our marketing strategy on how we will sell your home, match your rental needs with a rental home or get you started with our property management division which provides solutions for all types of circumstances. 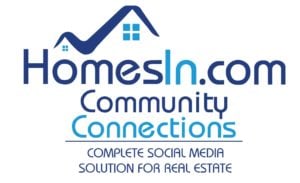